When a winter storm hit Atlanta, Barry Madel, president of the Atlanta-based manufacturing company Craft Art realized that he needed a business phone system that was more reliable than the weather. By moving to a Vonage Business Cloud phone system, Craft Art could keep the phone ringing.

When you add up all the elements that the system provides – the integration with other devices alone – it’s making everybody’s life easier.

Few businesses can afford extended downtime. And even fewer business owners can predict catastrophic events that lead to office closings or employees simply not being able to make it into the office. It’s an all-too-familiar story for Barry Madel, president of the Atlanta-based manufacturing company Craft Art.

Many remember the major winter storm that hit most of the eastern United States in early 2014, causing havoc for thousands of businesses and loss of revenue. Unfortunately, Atlanta was no exception, and when a major ice storm debilitated the city, Madel worried about the loss of productivity and the frustrating inability to serve customers.

A better way to serve customers

“I realized that our phone was ringing in Midtown Atlanta – and we had customers calling us – but there was no way that we were going to be able to answer the phone,” says Madel. It was then that he decided to look into a new business phone system.

After the major winter storm, Madel decided it was time to look for a new solution for his company’s phone system. He realized that the benefits of moving to a VoIP solution would actually extend beyond simply handling unforeseen emergencies, and could help to empower his team to greater productivity and mobility. “It was frustrating to constantly have to dial into our old system’s voicemail and find out who left a message for what,” Madel admits. “So with the new system, we’re really enjoying the immediacy of accessing call information.” 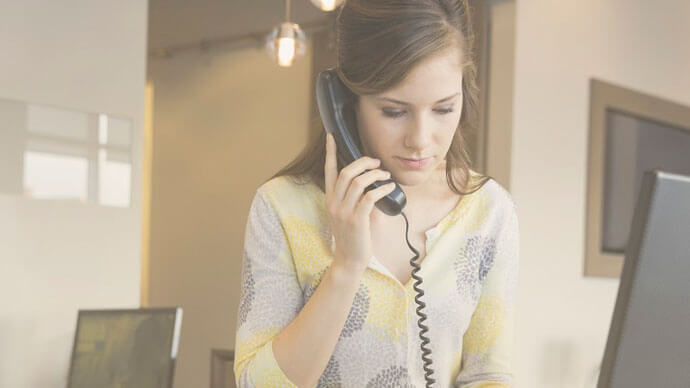 Madel is quick to comment on the time-saving efficiency of the Vonage system: “When you add up all the elements that the system provides – the integration with other devices alone – it’s making everybody’s life easier. Over time, it’s allowing us to get real productivity where we won’t have to hire another inside salesperson as quickly, because we can accommodate more phone calls.”

Additionally, the company is now better able to provide a seamless service for their employees on the go or working from home. For example, the Craft Art inside sales team is now approved to work from home two days a week – which is proving to be both productive for business and a nice perk for employees. According to research conducted by Stanford University, employees who have the ability to work from home are at least 13% more efficient. Craft Art employees who telecommute now have the option of using mobile apps or taking their IP desk phones home to plug into the Internet.

Either way, employees are fully tied to the phone system, as if they were back at the office. And since Madel takes advantage of the system’s Call Reporting features, he can easily access the data that shows that his employees are actively working from their home office setting.

Not only do these moves help the company stay productive, Madel sees other advantages: “As an employer, Craft Art wants to be able to attract and retain high-performance employees who want to work here and who we want to keep. We believe that having a cloud-based environment helps us, particularly when we can offer flex time and the tools to help employees succeed.”
Company Snapshot
Manufacturing