Have a Video Conference App? How to Set Your Workplace Up for Success 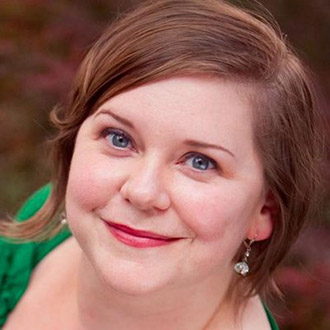 By Rose de Fremery - Contributor
Download PDF Share
From "Star Trek" to "The Jetsons" to those wristband holo-communicators the Power Rangers used, popular media has long been infatuated with video conferencing. The shows and movies of yesteryear, however, didn't do a great job exploring the etiquette behind successfully using a video conference app. Mr. Spacely never chided George for using home office video conferencing to chat with an important sprocket-buying client from a cluttered office, and we never saw Picard using a lint roller on his Starfleet uniform before hailing from the bridge. When using a video conference app, following the proper etiquette can make all the difference.

Things are a little different in the real world. The rise of video conferencing apps has brought with it a new set of rules — not to mention spoken and unspoken etiquette — many of which center on the environment from which you're calling. Whether you primarily call from your desktop or frequently employ a video conferencing app on your phone or tablet, here are a few things to consider as you set up your conferencing area.

Test Your Call Before It's Important

Your video conferencing hardware and software are easily the most important parts of your calling space. Microphones, cameras, phones, tablets, PCs, and even the video conference app itself are all potential gotchas — you definitely don't want to have to reschedule a call when your camera fails two minutes before showtime.

Get Your Lighting on Lock

If you want to look good during a video call, ditch the overhead lighting. Instead, use a natural light source behind your camera to provide the right atmosphere. If you're primarily a mobile video caller, this effect may be harder to achieve. Even then, pay attention to how the lighting makes you look by experimenting with some test calls.

While you're at it, make sure your camera angle is on point. Unusual camera views can be distracting during a video conference, so make sure your camera is at eye level and that you appear in the center of the screen. Look directly at the camera — rather than the screen — as you are speaking, too. That way, the folks on the call will feel like the conversation is happening naturally and that you're fully engaged.

Spouses and Roommates and Kids, Oh My!

Other people — particularly those who might walk through in their pajamas or in a T-shirt proclaiming their love of pizza — are just as big a no-no on a video call as they would be in a real office setting. If you're calling from home, be sure to have a chat with your co-dwellers about the importance of steering clear of your calling area. If you're at the office, always carry out calls behind a closed door.

If you don't ward off this potential problem beforehand, you could find yourself in the same shoes as Robert Kelly, whose very serious BBC interview on North Korea was crashed by his chipper daughter. Although the interruption became instant comedy gold, as The Guardian pointed out, it probably isn't what the suit-clad political science professor had in mind.

Ambient Noise Is the Enemy

Similarly, conversations in the next room or even kids playing quietly are almost certainly audible to your calling partners. The same thing goes for your cubicle mate's atrocious talk radio and Mike across the office's inane chatter about what he bought at the grocery store last week — how can one person's voice carry so far?

Whatever your ambient noise challenges, make sure you squelch them, or even better, find a place where they're inaudible. One good rule of thumb is to mute your microphone while you're not speaking. That way, random sounds have a much smaller chance of barging into the call.

Patterned, colorful accoutrements can pull your co-callers' eyes away from you, which can be a real problem in sales, marketing, and other calls where people should be paying attention to you.

The Background Is Bigger Than You Think

Is frantically cleaning your calling area a key part of your pre-conference ritual? If so, make sure you give the camera a wide berth. More of the area may be visible than you think, and the last thing you want are piles of papers and assorted boxes cluttering up the edge of your co-worker's or client's screen. Again, a test call can work wonders here, as can a directed effort to keep clutter fully behind the camera's eye.

On the topic of backgrounds people don't want to see, here are a few more: a crowded bus. Your bedroom, with the (made or unmade) bed directly behind you. Your car, particularly when it's in motion. In other words, a video conference app can definitely help manage an on-the-go lifestyle, but try to find a suitable environment for your calls all the same.

To some degree, a bland background is preferable when using a video conference app. Even if you don't want to go full-on boring, make sure there's nothing too visually grabbing about your background. That trippy wall painting, your beloved mug collection, and other patterned, colorful accoutrements can pull your co-callers' eyes away from you, which can be a real problem in sales, marketing, and other calls where people should be paying attention to you. While they aren't technically part of the background, the same can be said for excessively flashy jewelry or clothing. In most cases, muted, solid colors are preferable to bright colors or patterns.

Video conferencing, according to Lifewire, offers numerous benefits for small and enterprise businesses alike, from binding mobile employees to humanizing conversations. But with every new tool comes new rules and new etiquette to follow. Now that you have these tips, you're ready to make the most of your video conference app.