QoS Bandwidth Prioritization: What You Need to Know 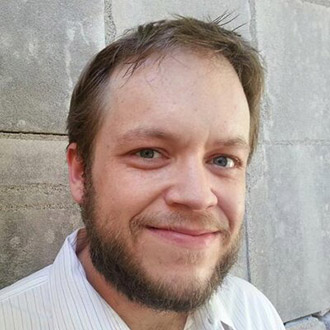 Your superiors have asked you to propose solutions to an organizational problem. Days later, you march into the boardroom and offer the following: "After serious consideration, I've decided we should keep spending money until the problem goes away."

You'd probably be kicked off the project, assuming you aren't escorted off the premises altogether. Naturally, a more measured approach is necessary. In a nutshell, this example illustrates why quality of service (QoS) bandwidth prioritization tools and techniques are so important to businesses. When you're staring down an ever-growing need for bandwidth, getting the best possible use out of your network is far preferable to "throwing more bandwidth at it" — whatever "it" is. For some companies, QoS bandwidth prioritization can bring an inadequate network back to life.

QoS Bandwidth Prioritization and Your Business

What do FaceTime calls, media-laden fantasy football sites, and sickeningly cute kitten videos on YouTube have in common? Besides the potential violations of corporate acceptable use policies, they can all clog a network faster than you can say "like and subscribe," especially when legitimate business processes are also competing for bandwidth.

Worse, those legitimate applications and processes are just as likely to affect network QoS. Problems such as latency and packet loss can seriously degrade the quality of Voice over Internet Protocol (VoIP) calls, video conferences, and other delay-sensitive, real-time solutions.

These factors underscore the biggest shortcoming of so-called "best effort" network services: They can't tell the difference between mission-critical data and everything else. That VoIP call to a prospective client is a lot more important than a video outlining the top 10 defensive players to draft this year, and your network should prioritize them accordingly.

An office full of workers can strain an underprepared network with nary a cat video in sight, and some processes are unquestionably more important than others. For example, consider an office where physicians provide telehealth services to rural customers while new hires stream training modules in the next room, or a company that relies on critical VoIP calls between branches. In situations such as these, throwing more bandwidth only works up to a point — and a limited one at that.

Here are some ways companies can use bandwidth prioritization to squeeze more use out of their network resources:

Remember that these are general explanations. With the tools built into business-class networking solutions, administrators can take any number of approaches. For another example, Differentiated Services (Diffserv) is a widely used end-to-end solution that searches the network for "droppable" packets and pushes more drop-sensitive data to the front during high congestion, among other functionalities. As Linktionary says, this "attempt to provide better levels of service in a best-effort environment" could be useful for numerous bandwidth-saving needs.

SD-WAN for UCaaS helps companies with QoS bandwidth problems focus on one key area of network usage and reap benefits everywhere else.

In other instances, businesses may benefit from technology that streamlines prioritization. For companies that rely on network communication tools such as VoIP, the growing trend of applying software-defined wide area networking (SD-WAN) principles to unified communications-as-a-service (UCaaS) solutions may be just the ticket. By automatically prioritizing and streamlining bandwidth-hungry voice data, the network can then handle fantasy football (and legitimate business use) at a much more efficient clip.

With SD-WAN for UCaaS, the prioritization works in a few ways. Solutions continually search VoIP packets for the best possible network path. Some search multiple connections, ensuring communications remain smooth and clear, even when the primary line suffers congestion or a temporary outage.

Besides improved QoS, this results in more efficient network usage. This could allow a company to move its multiple branches from a private WAN to broadband, bringing month-over-month savings alongside better call quality. Some solutions also come with advanced network-monitoring tools, providing insight into how the company's backbone is used.

In other words, SD-WAN for UCaaS helps companies with bandwidth problems focus on one key area of network usage and reap benefits everywhere else. For some companies, voice calling is the primary method of revenue generation and general success. That makes a solution that goes beyond throwing more bandwidth at it worth serious consideration at minimum.

QoS Bandwidth Prioritization is Worth a Look

Congestion issues don't go away on their own, and — at the risk of sounding like a broken record — "more bandwidth" is far from a panacea. Instead, businesses should look to the smarter, not harder philosophy of network architecture and administration, prioritizing the traffic that comes through based on need, function, and importance.

Fortunately, help is available. From tools built into modern networking equipment to exciting advancements such as SD-WAN for UCaaS, businesses have access to more prioritization tools than ever before. In a world where critical services and lunch break diversions alike require more and more space to perform, there's no reason to suffer congestion for a prolonged period. And seriously, cool it with the cat videos.

Are you ready to make the most of your network? Visit Vonage Business for a new take on SD-WAN.