It wasn't long ago that technology providers and industry pundits referred to SD-WAN-as-a-service (or "managed SD-WAN") and multiprotocol label switching (MPLS) as mutually exclusive products. Despite a growing acceptance of these two technologies operating side-by-side, this is still a common attitude today. 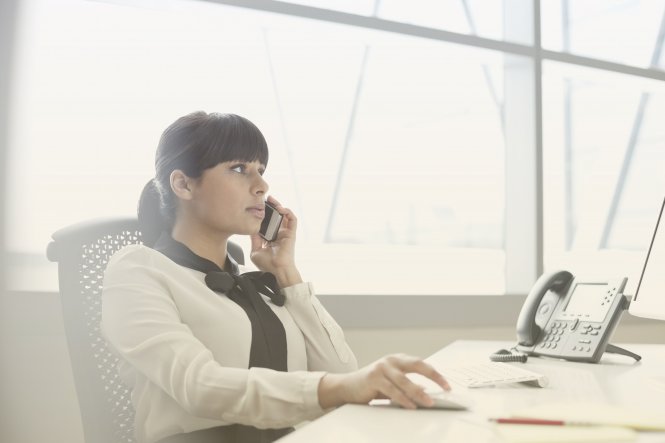 Despite some beliefs, SD-WAN-as-a-service and MPLS are not mutually exclusive, and can even combine for a hybrid solution.

Why SD-WAN? Prevailing wisdom states that its lower cost and reduced complexity means the enterprise technology world is bound to eschew MPLS in favor of the newer alternative.

But the real-world take on this supposed "competition" is a little more nuanced. As stand-alone products, MPLS and SD-WAN each offer compelling advantages. Further, some companies find that their combined strengths as a hybrid networking package give them the networking tools they need to provide a consistent experience across the organization. Here's a look at the tug-of-war between the products — and why they're more complementary than some onlookers might assume.

Exploring the Differences between SD-WAN-as-a-Service and MPLS

SD-WAN-as-a-service and MPLS go about their tasks in vastly different ways. While MPLS is a WAN product that provides customers with powerful bandwidth, SD-WAN services interlink the company's existing connectivity services, turning a varied collection of networking products into a wide area network all its own.

This distinction grows sharper when exploring how companies use both products. For distributed companies with varying tiers of data importance, MPLS represents the incumbent solution: a tool that lets companies build a network, exert control over the data that travels across it, and precisely manage the priority those packets receive. SD-WAN, however, allows companies to perform a roughly equivalent set of actions over the top of their existing data products.

In this context, it's easy to understand why SD-WAN tools complement MPLS so well; SD-WAN thrives in situations where MPLS and other WAN technologies aren't a great fit for the business in question. A company distributed across regions with numerous connectivity options, for example, could use these tools to give each location a full WAN experience where public internet was previously the only option.

This is the reason SD-WAN tools that focus on specific, data- and broadband-sensitive aspects of the business have seen such a spike in popularity of late. SD-WAN for UCaaS is one example of this increasingly popular class of products.

While MPLS shines at giving companies control over their packets, SD-WAN services use connection grouping strengths to find the best possible data paths.

Over the Top: Deploying SD-WAN and MPLS Together

There are plenty of situations where a hybrid approach — grouping some combination of MPLS and public internet connections under the larger umbrella of SD-WAN — would be most beneficial. Generally, the companies that benefit the most from this arrangement have a relatively broad geographical distribution and a vested interest in their packets. In other words, these represent companies that can't afford certain data to enter or exit their network out of sequence.

In most organizations, information carried over the WAN has different levels of importance. While an entry-level sales employee checking email and an executive engaging in video conference with a VIP client both carry some importance to the company, it's clear whose data needs priority treatment by the network. Both MPLS and SD-WAN products excel at giving companies control over this activity.

But things get a bit deeper when you realize some of this prioritization is inherent. Regardless as to who on the network is using each service, video conferencing and email both have specific data needs. A video call coming through in real time will have a built-in necessity for speed and sequence that an email, website, or even "one-way" video stream might not. Since the call is happening in real time, the packets going back and forth need a higher level of consideration.

While MPLS shines at giving companies control over their packets, SD-WAN services use connection grouping strengths to find the best possible data paths. For example, a company using a commercial broadband package and backup 4G LTE line can use SD-WAN to combine the two. The technology constantly assigns data the best possible network path, making sure voice and video calls get the treatment they need regardless of the route they take.

This leads to a pressing question: Why not use SD-WAN to combine MPLS and commercial broadband? While reliable and fast, MPLS isn't always the least expensive option, causing data classified as less important to be more costly. Conversely, SD-WAN is affordable and generally less complex, but still can't exert total control when working exclusively with public internet connections. Combining the two grants companies a beautiful combination of tools — less-critical data can be transferred through the internet, while sensitive real-time information can be automatically routed to the MPLS.

Returning to the topic of geographical distribution, it's easy to see another advantage of the hybrid approach. Instead of deploying MPLS at every location, companies can pick and choose recipients of MPLS, potentially saving major cash in the process. Moreover, a company with a smattering of rural locations — many of which may lack more robust connectivity options — can maintain a level of consistency and speed across locations by deploying a combination of networking options and interlinking them with SD-WAN.

As any economist will tell you, access to more options is hardly a bad thing. For companies with networking needs that don't fit neatly into a box — or those with distribution that requires numerous boxes — hybridizing can mean improved consistency, network performance, and cost savings. Meanwhile, companies with simpler needs can stick with the single solution that serves them best. Looking at things this way, it's easy to think of MPLS and managed SD-WAN as complementary, rather than mutually exclusive, solutions.

Are you ready to rethink your network architecture? Let Vonage Business help you find the tools you need.