Video and the Future of Work 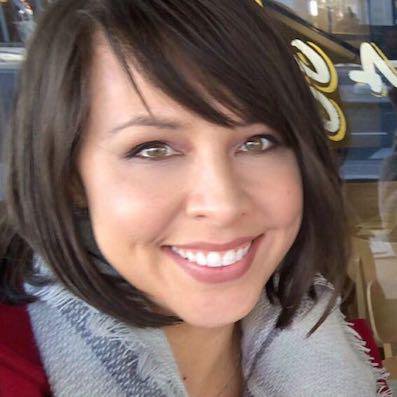 There's only one certainty about the future of how we work: everything is open for change. There is a common thread tying all that change together, though: video. 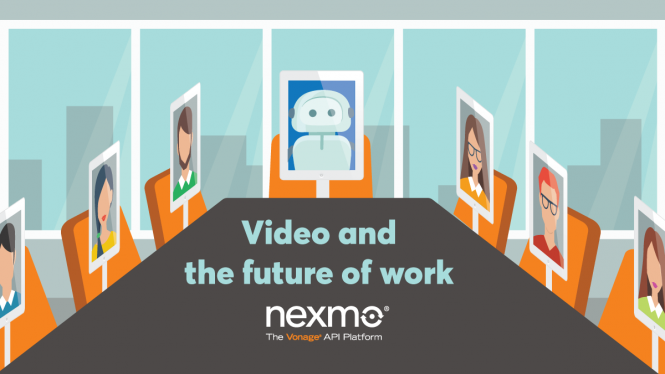 What Is the Future of Work?

Over the coming decade, it seems likely that two related themes will change what work means for many of us:

From city to city, country to country, and industry to industry, the effects will differ. Even so, we can already see changes today that foreshadow what is to come.

More people than ever are working remotely and automation is cropping up in surprising places.

So then, what role will video play in the future of work? Pretty much anything and everything, as it turns out.

Remote, or distributed, work is here to stay. In the US, 63% of companies support remote work and in Germany 80% of companies have flexible work location policies.

For companies, the primary benefit is clear: removing the constraint of a physical office means there's a wider talent pool from which to hire. Many employees value flexible working to such a great extent that, given two otherwise similar offers, 80% of people would turn down the one that didn't offer flexibility.

However, creating a culture suitable for a distributed team is not simply a matter of sending everyone home with a laptop. Much office communication is effortless; often accidental meetings and conversations can lead to new relationships, new understandings, even new business ideas.

Research shows that video calls give people feel the greatest sense of emotional connection, beaten only by in-person conversation. Studies also show that video calling has a positive impact on depressive symptoms when compared to voice.

According to Buffer's State of Remote Work 2019 report, 19% of remote workers consider loneliness to be their biggest struggle. Video calling provides a connection between people that can overcome some of the downsides of distributed working, both in terms of productivity and good mental health.

However, remote work also opens new opportunities for tasks that previously required a group of people to be in the same physical location.

In healthcare, general practitioners can tend to patients with thousands of miles between them, while surgeons perform operations remotely.

In finance, tax advisors, bankers, and others could be located anywhere as they deliver their service by video call.

Going further, video calling and cloud communications have transformed contact centers from a physical place to a virtual one, where agents can work from anywhere and still serve customers.

Thanks to fast internet access and cloud communication tech, remote work is already a big part of today's economy. Video calling helps overcome the negative sides of remote work, while also introducing new possibilities for how we collaborate, meaning that remote work is firmly a part of the future of work.

Automation has been a consistent theme of the 300 years since the industrial revolution began. Technology has freed humans to pursue more valuable work.

Much is said about how, this time, automation's effect on the future of work will somehow be different. And by "different," many commentators mean "worse."

However, the kind of automation we're likely to see in the immediate future will be of the "human plus" variety. In other words, it will be automation that augments human workers rather than replacing them.

Take the combine harvester, for example. At half a million dollars each, combines have been at the forefront of agri-tech. Even so, automation is far from a solved problem. While modern combines are kitted out with all manner of sensors, it still takes the expertise of a farmer to confirm that the automation is doing the right thing. Today, that means feeding live video to the cab but with 5G networks it could mean sending video from a fleet of combines to a central location. In that scenario, one farmer could manage multiple combines simultaneously rather than only one.

The implication for non-agricultural work is that automation means humans will be able to split their attention and, most likely, not need to be in the same location as where the work is happening.

Whether it's a combine harvester, a remote IoT sewage valve, or a radiologist validating an AI's verdict on x-rays halfway across the world, live streaming video will be essential to give humans control and verification.

Video Calling Is the Future of Work

Work is changing. In many cases for the better even if, perhaps, improvements have not yet spread to all parts of the world or all individuals.

The ways that work is changing lie mostly in decoupling physical presence from the work to be done. While other forms of remote communication play their role, it is the humanity of video calling that makes it so essential to a future where remote work and automation will be dominant themes. 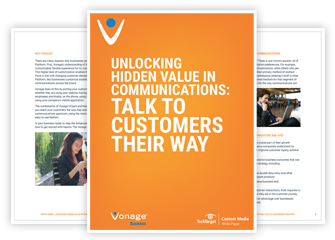