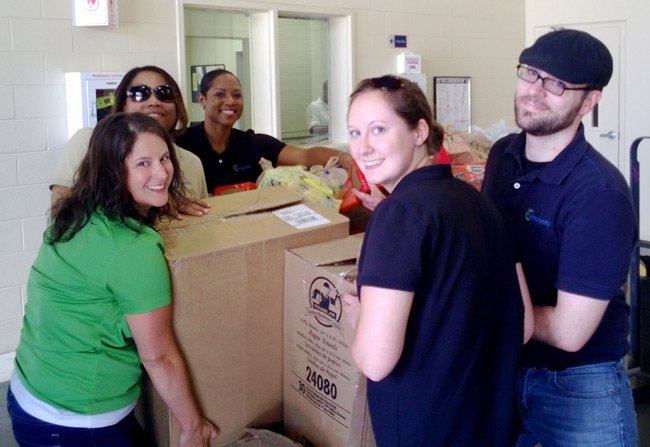 What weighs more than a TON?

The amount of food Vocalocity contributed to the Atlanta Community Food Bank (ACFB) in July 2013!

Vocalocity donated 2,380 lbs. of boxed and canned foods, 3,200 items in all, to the Atlanta Community Food Bank. A Georgia nonprofit distributing over 45 million pounds of food and groceries to more than 600 partner agencies every year, the ACFB is a unique organization that provides critical humanitarian support to food pantries, childcare centers, night shelters and senior centers throughout greater Atlanta.

Vocalocity’s “Creative Events Team” held a friendly competition, dubbed the July Jubilee. Teams, segmented by departments, were encouraged to bring in non-perishable food items for donation to the ACFB with the goal of reaching a TON or 2,000lbs, at program’s end. For five consecutive days, the competition was intense, but with such a super organization as the ACFB benefiting, there were no losers in this game! 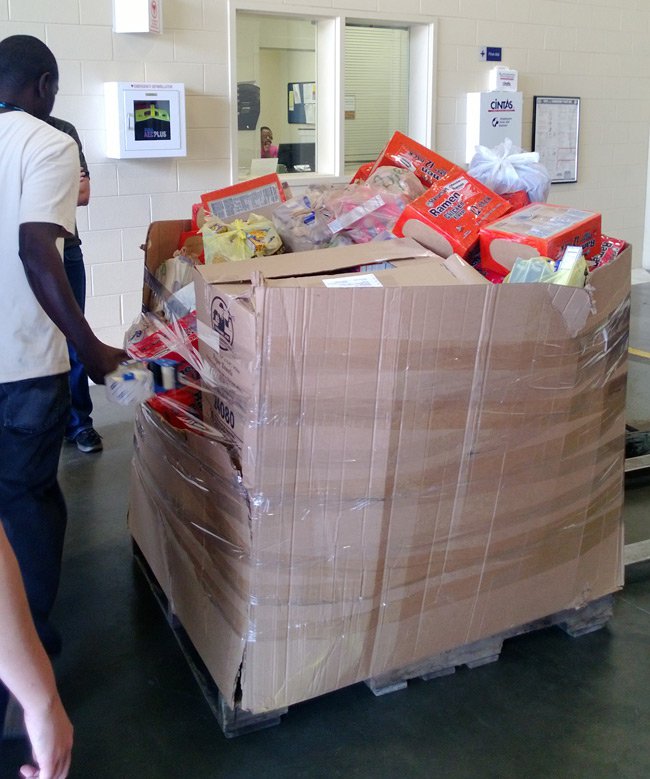 Which team donated the
Most Food by Weight for the Week?
Congratulations Vocalocity Sales Team!

It goes without saying, that the REAL WINNERS are those individuals, families and children who are supported by ACFB each and every day. Vocalocity is proud to be a part of this effort!

When the July Jubilee was over, the Creative Events Team had an opportunity to tour the ACFB warehouse and distribution facility. Even though over a ton of food was contributed by the employees of Vocalocity, we quickly learned that this vast amount would last a mere three weeks or less. Most of the cans, boxes, bags and containers were immediately scheduled for redistribution to the greater Atlanta community. The ACFB is an impressive operation, and their need, on behalf of so many, is great. 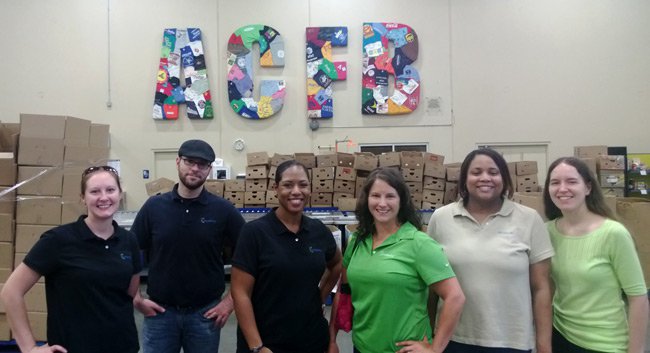 Vocalocity is a proud sponsor of the ACFB. For more information on how you can get involved with the ACFB, contact them at 404.892.9822.