When VoIP QoS Matters, These Approaches Can Save the Day The quality of voice over IP (VoIP) service is an afterthought for most companies. The technology is advanced and efficient enough that large groups of users can make simultaneous calls over a relatively thin "pipe" — the cable carrying network traffic, such as broadband via fiber optic — without issue. 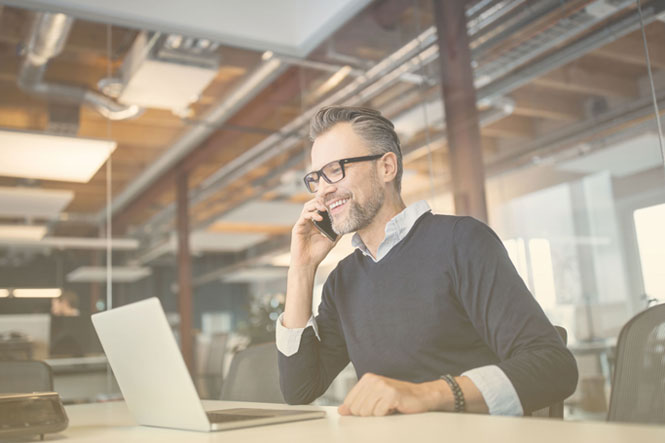 When a business needs VoIP QoS, there are three options that can deliver.

But even with 73% of organizations having at least some cloud infrastructure, according to IDG, the pipe can get crowded, resulting in VoIP quality of service problems like lag, jitter, and dropped calls.

Some companies may need to do a little more legwork to get the best possible VoIP QoS. Call reliability and quality are natural priorities for any organization, but they're extra important for those dependent on cloud communications platforms and other bandwidth-heavy endeavors. Fortunately, there are a few ways to address these concerns. Here's a look at the ways organizations everywhere are nipping potential QoS issues in the bud. 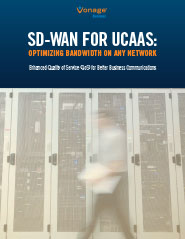 Optimizing Bandwidth on Any Network

A strong network is an essential component of a UCaaS solution. Here's how SD-WAN can work for you.

If your organization places high value on VoIP reliability and quality — and it should — you probably know a little bit about multiprotocol label switching (MPLS) already. Assuming you don't already employ the technology, here's a primer: The protocol represents a sturdier alternative to business broadband products and gives organizations far greater control over traffic, resulting in better recourse in the rare event things go awry.

Much of MPLS's value comes down to its ability to manage data packets. By continually labeling these packets as they hop through the network, the technology offers notable strengths over standard internet connectivity: Data arrives faster, network congestion becomes less of an issue, and companies have more control over prioritizing data. This creates an environment where critical calls and video chats come in loud and clear — regardless of other network traffic — because the overseeing organization ultimately decides what gets priority.

Then there are the uptime advantages. Though the business's data infrastructure will ultimately dictate just how resilient the network is, MPLS is built for redundancy. This can help ensure that a single line outage — a commercial broadband solution going down, for instance — doesn't bring all communication activity to a halt. The same strength can also help with congestion, since competent MPLS products are smart enough to send packets down the best possible pipes at all times.

VoIP data is real-time and two-way, so data must come through in a precise sequence for acceptable VoIP QoS levels. Because it protects against problems that could otherwise wreak havoc with data sequencing and keeps things stable when a networking option goes down, MPLS is the de-facto choice for many organizations with exacting VoIP QoS needs — if you can justify the cost, it might be what your organization needs, too.

An organization that uses a combination of MPLS and broadband connections at its various locations could use SD-WAN for UCaaS to guarantee elevated call quality at every address.

The Up-and-Comer: SD-WAN for UCaaS

MPLS is not a silver bullet to network QoS concerns, though. It's costlier and more complex to deploy and manage than the average business broadband connection. Many companies wish there was a less expensive way to wrangle top-notch voice and video network QoS.

Sound familiar? If so, software-defined WAN for unified communications as a service (SD-WAN for UCaaS) represents a quality alternative. The technology, branched from widely used, highly popular SD-WAN solutions, gives VoIP calls the priority they need by constantly monitoring a company's network for an optimal path.

It can work its prioritizing magic over numerous connections, meaning even total outage of one network option won't disrupt calling. Calls that would usually be routed over a business broadband line might automatically switch to a backup LTE connection using the technology, for example.

Using SD-WAN for UCaaS, companies can prioritize voice data, giving every process a fair share of the pipe. Your VoIP calls use less bandwidth, so the rest of the cloud data coming in and out of the network has more room to operate.

While they're often positioned as competitors, MPLS and SD-WAN for UCaaS are a great combination for companies with an intense need for VoIP QoS.

Optimized bandwidth often means significant savings: An organization could use the combined technologies to move its multiple locations from an MPLS circuit to concurrent broadband connections, for example, a change that could save hundreds of dollars per month per connection. Meanwhile, rural companies on metered connections could use the technology to save big on overall bandwidth usage or deploy it to make VoIP a financially and technologically viable solution.

This idea falls in line with the larger practice of hybrid networking. An organization that uses a combination of MPLS and broadband connections at its various locations could use SD-WAN for UCaaS to guarantee elevated call quality at every address, regardless of its network connectivity options, without necessarily needing to connect each site to MPLS. A company could also use SD-WAN to drop to a lower Mbps package on an MPLS connection, freeing cloud-dependent companies to bring the private WAN to more locations without overspending every month.

The hybrid approach is arguably the best way to ensure VoIP QoS doesn't suffer. While the setup does come with more cost and complexity, it's the right choice for a company that places tremendous value on the quality and availability of its VoIP calls.

When it comes to ensuring QoS of your VoIP solutions, you have options. Think about what your business needs to thrive today and tomorrow when you're making your pick.

Keep the Perspectives Coming!
Get our top articles delivered right to your inbox, every other week.
SD-WAN for UCaaS:
Optimizing Bandwidth on Any Network
By using the cloud with SD-WAN technology, businesses get the best of both worlds: quality communications with fewer expenses. 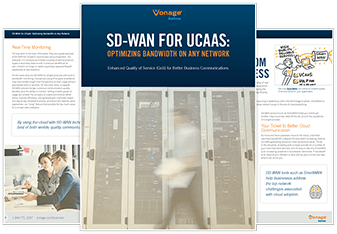