Why You Should Collect Digital Customer Profiles

OK, this post has an interesting origin. I was doing a webinar (Go Digital! Engagement Strategies for Contact Centres) with Emma Samuel (Global Corporate Marketing Director at NewVoiceMedia).  Of course I should have anticipated it given the webinar title was ‘Go Digital!’ and we were spelling out the new doctrine of ‘real time’, ‘innovative’, ‘perpetual beta’ etc. What does she do? She only sneaks in another poll under my nose, right at the close.

“What would you like Martin to next write a blog on?”

The options that each grabbed a quarter of the online vote were:

“Steps Towards Understanding Your Customer Digital Profile” and “Checklist On Going Digital”.

So having been mugged with some nifty online crowd sourcing, here is the post that that was ordered online. 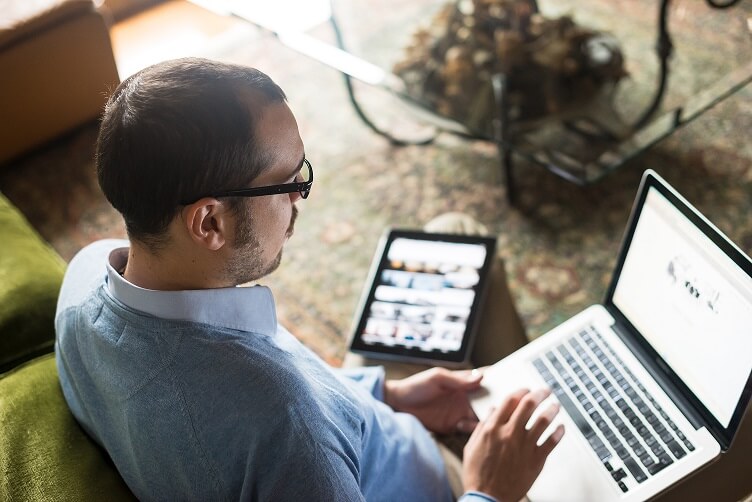 The context for this idea is to do with the speed of change. Do you know how fast your customers are adopting new digital behaviour? If so, are your customer journeys calibrated to meet that expectation? This is the purpose of tracking their digital profile.

For instance, would a Saga digital profile (50+ age group) be different to a Blizzard profile (gamers)? Common sense says so but I’ve been caught out on that before.

For instance, I recently got to know a great team from Screwfix through the P&Q Challenge they attended with me. I was put back in my box one session when I tried to second guess that of course their customers (professional tradesmen) had to be major mobile users when ordering from their contact centre. Stands to reason I thought, being on the customer site, assessing the job then making the call.  But not a bit of it. In fact,  I was completely wrong. Over 80% of calls originated from landlines.

So here is the question. Are people really going to use the new mobile app which the IT team is just dying to persuade you to sign off? Or will they come if you launch Chat? Is it Twitter and Facebook for social customer service? Or is it now WhatsApp and Yik Yak?

The ABC of digital profiling

So how do you do it?

Some of it can be gleaned from existing research. The rest has to be primary research which by the way should be considered an ongoing feedback loop until the digital wheel stops spinning and settles down. In other words, it needs to be understood as a commitment for the foreseeable future.

Let’s first tackle existing research. There is a ton of it: from government level, to research firms to individual brands using research to prove a market demand. It’s all useful if you remember the golden rule of customer insight. Use at least three sources before settling on any interpretation of what’s going on. It’s the same process your smart phone’s GPS uses as it locks onto more than one satellite so it can triangulate and figure out where you are.

This type of research is useful for developing foundation insights about customers. For instance OFCOM, the UK regulator has just published their annual review of our communication habits which according to them are increasingly digital. (Media Use and Attitudes 2015 report)

The headlines are impressive.

Remember this isn’t a snapshot of an uber-cool demographic in Shoreditch London. It’s mainstream UK. In other words, it reflects what we do in the suburbs and estates throughout the land. In other words this is about the customers of many organisations.

Once you start to reflect on these changes in our national behaviour they start to offer a wealth of clues. Such as to how to set up successful self service or provide digital customer service.

So keep a look out for this type of research. Personally I tend to favour annual surveys. The kinks get ironed out after the first few attempts and they provide trend data. But one offs often fill in important details so they can be very useful as well.

By the way, do pay some attention to the size and source of the sample. They will be different. Make sure you aren’t trying to force them into a single narrative. It’s our instinct to try and make sense of things but make belief is not the objective here.

The other type of research is what you can learn directly from your own customers. Using the general themes which the published sources provide, build a set of questions that allow you to understand their digital behaviour. Some areas you might consider are:

o   Buying from us

o   Getting an update

o   Getting advice from us

I’m not suggesting you ask for all this. Nor that this is all you could ask for. It’s indicative and you can pick and chose from this list and add in your own ideas. The aim is that you can develop a profile that suggest how advanced they have become in adopting digital behaviour.

But once collected how is it used? Well assuming you have been smart enough to request it in a digital form so that it’s available for immediate analysis and secondly that you asked some basic demographic questions to identify different customer types, you are now positioned to hunt for the big themes. Where are your customers on their personal digital journeys?

After gazing at the data and slicing it by age, gender or even CRM metadata to see what pops up, you might want to group your insights into various digital profiles from conservative adopters to progressive ones. This helps you understand the digital status of your overall customer base and what each of those segments are likely to expect from you.

Once all that is done, you can start to apply to your service strategy. How likely is mobile consumed self service? What the non voice channel mix? Are they are significant generational preferences? All this will help you develop service strategies that enjoy widespread adoption and help remove guess work on what your digital strategy should look like.

Obviously over time it will change. But you have already got that sorted because you keep polling your customers at appropriate stages in their lifecycle with you – on-boarding, renewal etc and the insights stay fresh.

That’s what I mean by digital profiling.

PS You might have noticed that I’ve said nothing about a ‘Checklist On Going Digital’. If that was your hope, I apologise. But profiles won out for this post. No more digital ink. Maybe next time. Thank you for reading.

PPS Get in touch if you actually make it happen. I’ll give you a big shout out as a digital pioneer!
Keep the Perspectives Coming!
Get our top articles delivered right to your inbox, every other week.
Recommended For You